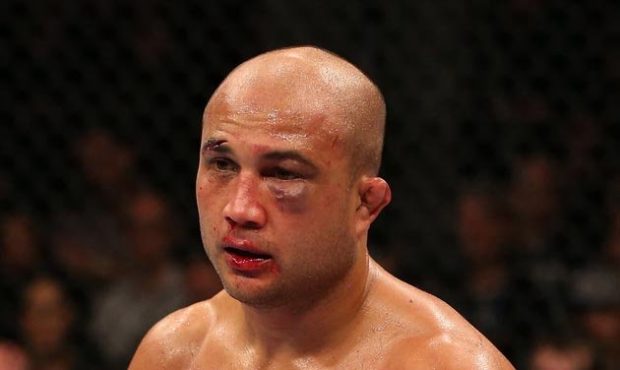 The UFC organization was notified today that the U.S. Anti-Doping Agency (USADA) informed BJ Penn of a potential Anti-Doping Policy violation. Penn disclosed the usage of a prohibited method – the use of an IV in excess of 50 ML in a six-hour period – during a March 25, 2016, out-of-competition sample collection. In accordance with the UFC Anti-Doping Policy, Penn has received a provisional suspension, and has been removed from his scheduled bout against Cole Miller on June 4 in Los Angeles.

UFC will announce a replacement opponent for Miller shortly, and additional information will be provided by USADA and UFC at the appropriate time as the process involving Penn moves forward.